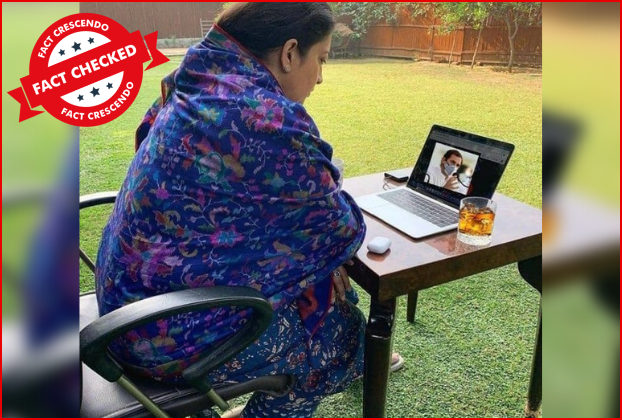 The image is manipulated; the image originally dates back to 2020 showing Smriti Irani attending an online meeting.

As the Congress’s Bharat Jodo Yatra from Kanyakumari to Kashmir, led by Rahul Gandhi, completed a week. The party indicated that it could embark on another yatra from Gujarat to Arunachal Pradesh next year.The party said that the objective of the rally is to ‘ensure that the concerns and demands of the people reach Delhi.’

However, Fact Crescendo found that the image is digitally edited.

Conclusion-Fact Crescendo found the viral image to be digitally altered. An edited image showing Smriti Irani sitting in a meeting during the pandemic has been falsely shared as Irani keeping an eye on Rahul Gandhi’s ‘Bharat Jodo Yatra’.