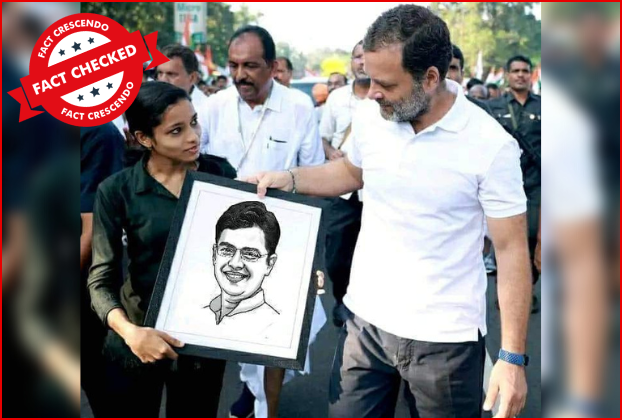 Originally Rahul Gandhi was presented with his own portrait sketch instead of Sachin Pilot’s. The viral image is digitally altered.

We started our investigation by running a reverse image search on Google, the results led us to the original tweet made by Congress on 21 September 2022. In the image tweeted by Congress, we can clearly see that the girl is gifting Rahul Gandhi’s sketch to Congress leader Rahul Gandhi at the Bharat Jodo Yatra.

We also found media reports on the original image. According to One India and Gulf News, a supporter presents a sketch to Congress leader Rahul Gandhi during his party’s Bharat Jodo Yatra, in Ernakulam on 22 September 2022.

Title:Edited image shared as Rahul Gandhi was gifted a portrait of Sachin Pilot.